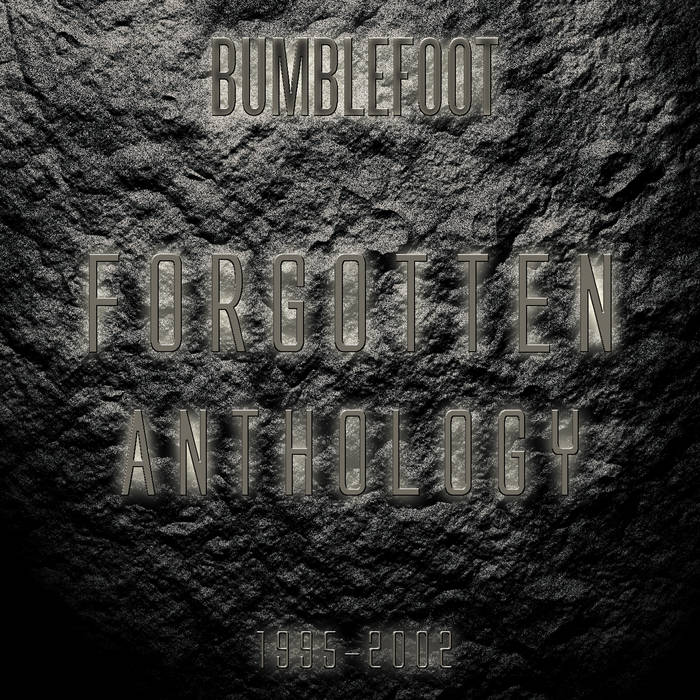 A collection of 18 songs from 1995 - 2002 that didn't get onto their intended CD releases. The songs either weren't fully written, fully recorded, or didn't fit the direction of the album.

The music starts with 90's grunge, followed by the metal sound of Bumblefoot's "Hands" CD, then the loungy twist of "Uncool" and finishing with the experimental fretless-guitar sounds of the "9.11" CD.

TRACK LISTING:
Old
Thought I Could Fly
Apathy
Shell
Meat
Day To Remember
Bagged A Big 1
Mine
heart attack
Girl Like You
Crunch
Maricona
13
She Knows
Myth
A Way Out
Wasted Away
Mafalda

1995 • Old, Thought I Could Fly, Apathy, Shell
These songs were written for what-would-have-been Ron Thal's 2nd album. The album's musical direction was rejected by the record label, citing it as "too dark." Ron started from scratch and wrote in a different musical direction, for what would eventually be his 2nd released CD, "Hermit" (released Jan 1997). The songs "Sweetmeat", "Gray" and "Unsound" on the "Hermit" CD were from this earlier collection of music.

1998 • Meat, Day To Remember, Bagged A Big 1, Mine, heart attack, Girl Like You
After releasing the "Hands" CD in early 1998, Bumblefoot began working on the next CD, that would have had these songs on it. When the drummer left the group, it was decided to start fresh rather than release an album featuring a key member that was no longer in the group. "Mine", "heart attack" and "Girl Like You" were added from this collection to the French release of the "Uncool" CD in 2000. The song "Guitars Suck" was meant to be on this CD as well, but later appeared on the guitar-oriented "9.11" CD.

2002 • Mafalda
This song appeared on the comp CD "The Alchemists" (UK) in 2002. The song was also published as part of an audio-CD lesson in Guitar Techniques magazine (UK) Summer 2002 issue.

Drums on "Old", "Thought I Could Fly", "Apathy", "Shell" played by Mike Meselsohn from the band "Boiler Room"
Drums on "heart attack" played by A.J. Pero
Drums on "Wasted Away" played by Joe Bedford.
Backing vocals on "Bagged A Big 1" performed by the band "Most Precious Blood"

Benji B talks about his new compilation ‘Deviation Classics’